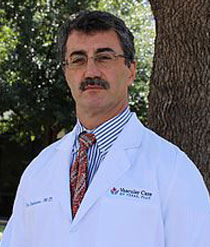 Dr. Stephanian is board certified by the American Board of Surgery in both General and Vascular Surgery. He received his medical degree from the University of Southern California in 1987, and his surgical training under the tutelage of the renowned academic surgeon John S. Najarian, M.D. at the University of Minnesota in 1993. He completed his additional qualifications in Vascular Surgery at Baylor University Medical Center, and has been in private practice in Dallas since 1994. In 2001, he received an executive M.B.A. degree from Southern Methodist University.

Keck School of Medicine of USC

American Board of Surgery